This Story is: Fiction & Fable

Woodlands House, now the Castle Oaks House Hotel, occupies one of the most scenic locations on the banks of the River Shannon. Built on an estate of 25 acres, with accompanying out buildings and a gate lodge, it had all the characteristics of the style of architecture predominant during the late Georgian period.

The first recorded owner was Lieutenant John S Rich who, with his family, took up residence in 1815. He was a keen fisherman but kept a low profile in the village. The Richs left Castleconnell in 1836, leasing the house to the Tuthill family. The family returned in late 1840 and remained at Woodlands until the mid 1860s.

In the 1930s, Woodlands was the home of the Shaws, known for owning the famous Shaw’s Bacon Factory in Limerick City. Ten years later, it was sold to an Englishman, Captain Dixon who allowed the Shaws to continue living there. 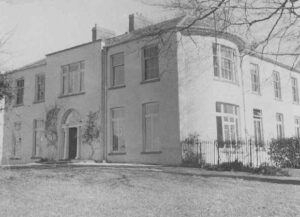 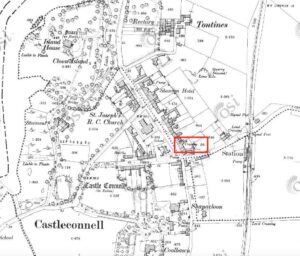 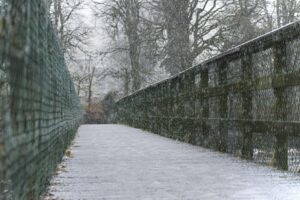 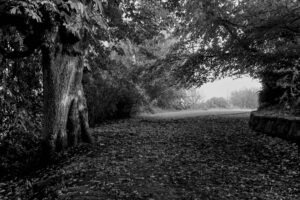 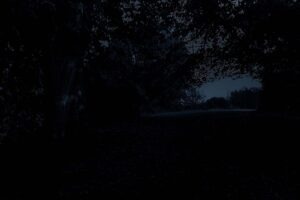 It was the first Presentation Convent to be established in the Killaloe Diocese and was opened by Most Rev. Dr. Fogarty, Bishop of Killaloe in November 1945. He planted an oak tree, the symbol of the Presentation Order at the lower end of the lawn in front of the main door. It has since grown and flourished and now forms an integral part of the garden.

The Sisters of the Presentation Order made a significant contribution to post-primary education in Castleconnell when they purchased the adjacent Belmont House (now Riverbrook Nursing Home) and turned it into a girls’ secondary school. It was renamed Rosary Hill and became a thriving educational institution for more than two decades. At its peak it had 160 girls on the roll books, both boarding and day pupils. However, with no funding available from Government or other sources, the school’s facilities fell behind other centres of education and in 1977, the sisters were forced to close its doors.

They left behind many reminders of their time in the village. The extension to the house, now housing the hotel’s function room, was built in the 1960s and served as the new chapel for the Convent. The stained glass windows, depicting various parts of the Litany of Loreto, have been retained. The former graveyard is also located on the grounds near to the steps leading down to the River Shannon.

In 1985, the Order sold the Convent and left Castleconnell. Woodlands was converted into a hotel and renamed the Castle Oaks House Hotel. Situated in the townland of Stradbally, it is one of the few grand houses to survive and continues to prosper today.